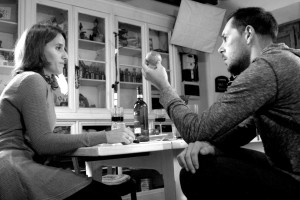 All pics on this page were taken at la Casa di Pietra by © Abraham Heisler, except Elisa and Abe’s portrait, and the last picture above, taken by © Daniela Antonacci