In Wino Veritas is my first short movie as a writer-actress-producer.

It was written, produced and shot in San Francisco in May-June 2013, with the help of the Bay Area film community and the Scary Cow film coop. It was shot with a RED Epic and won the second best movie award at the Scary Cow Film Festival. 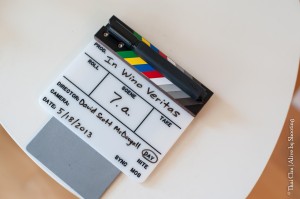